How An Accident Launched TrafficRecalls.com 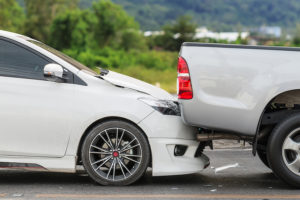 It was Thanksgiving, a time for family, good food and gratitude. It shouldn’t have ended in headache.

But that’s exactly what happened to one of our founders as he sat at a red light.

He was rear-ended by a truck whose driver then left the scene. Luckily, a traffic camera was pointed at the intersection. Surely the hit-and-run was caught on tape. It wouldn’t be hard to obtain the footage, provide it to the office, approve the claim for the car and any associated injuries.

Unfortunately, at the time, live stream cameras were not configured to record traffic. Instead, that footage and similar footage across 18 other states and nearly 20,000 cameras were being underutilized and in this instance, wasted.

Until now, when an accident happened, there was no recording to provide proof, no footage to share with attorneys, insurance and police.

At Traffic Recalls we are changing how accidents are handled in law firms, insurance companies, and government agencies.

Take us for a test drive and download your sample report now.